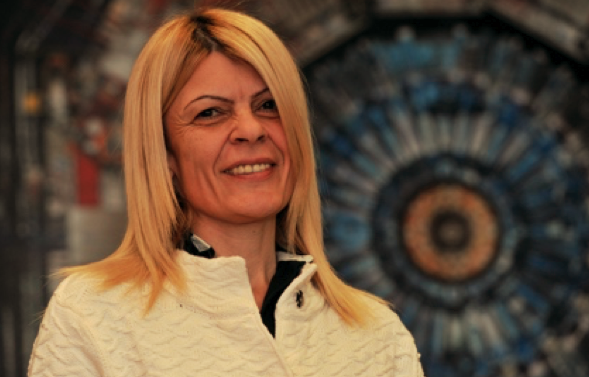 By 2003 she continued as a Postdoc at CERN within a cooperation treaty between RKU und GSI at the NA60 experiment, searching for “prompt dimuon and charm production with proton and heavy ion beams”. In 2006 she continued with a CERN Fellowship, after 2009 as scientific associate in different research programs as basic research, in experimental physics of high energetic atomic nucleus collisions and in applied research for high radiation fields created by high accelerated particle beams. In 2007 Damjanović played a key role in initiating an international cooperation agreement between Montenegro and CERN.

Starting in 2014 she returned to Darmstadt for a position in a group working for radiation detection and diagnosis in the accelerator division of the GSI Helmholtz Centre for Heavy Ion Research and was delegated back to CERN in 2015. Damjanović has more than 100 publications in refereed journals and conference proceedings.[

Damjanović was appointed as Minister of Science in the Government of Montenegro as a member of the Democratic Party of Socialists of Montenegro in autumn 2016. Following an initiative by Montenegro in March 2017, she politically pushed the creation of the ‘South East European International Institute for Sustainable Technologies’ (SEEIIST) from early 2017 onwards to reach its present status of an official joint project of 8 States of the region. The core of the SEEIIST Project is a state-of-the-art ‘Facility for Tumour Therapy and Biomedical Research with Protons and Heavier Ions’. The Project has just entered the Design Study Phase. As of 2018 Damjanović is the Chairperson of the Intergovernmental Steering Committee of the SEEIIST Project.