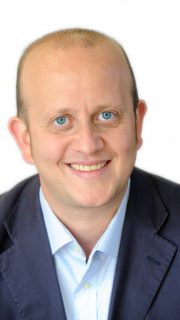 Short Bio
Dr. Saverio Stranges is currently Professor and Chair of the Department of Epidemiology & Biostatistics in

the Schulich School of Medicine & Dentistry, Western University. He holds cross-appointments as Professor in the Departments of Family Medicine and Medicine. In August 2020, he was also appointed as Director of the Africa Institute at Western University.

From 2006 to 2015, he was an Associate Clinical Professor of Cardiovascular Epidemiology in the Division of Health Sciences at the University of Warwick Medical School in the United Kingdom. In Warwick, Dr. Stranges was also Director of the Academic Clinical Training in Public Health, as well as Honorary Consultant Physician at the University Hospitals of Coventry and Warwickshire NHS Trust, where he worked in the Lipid and Coronary Prevention outpatient clinics within the Warwickshire Institute for the Study of Diabetes, Endocrinology and Metabolism. Prior to his appointment at Western University, Dr. Stranges worked as Scientific Director of the Department of Population Health at the Luxembourg Institute of Health.

Dr. Stranges is a medical doctor, public health specialist and chronic disease epidemiologist, with extensive experience in the field of epidemiology and public health research. Dr. Stranges’s research focuses on the epidemiology and prevention of chronic disease and aging, specifically regarding the role of lifestyles, nutritional and psychosocial factors, such as dietary patterns, sleep behaviors and social determinants of health. He is also interested in global health, especially in the area of cardio-metabolic disease in low-resource settings, as well as in interdisciplinary research. Throughout his career, Dr. Stranges has been involved in several international epidemiological projects, clinical trials, secondary data analyses and systematic review work, and has published extensively in the area of epidemiology and public health, with over 250 publications as scientific articles, reviews and book chapters (H-index=64). He has received several international awards, in particular for his research on the epidemiology and prevention of cardio-metabolic disease (e.g., American Heart Association). His research has been funded by several international agencies including the National Institute for Health Research (NIHR) in the UK, the Canadian Institutes of Health Research (CIHR) in Canada, the Fonds National de la Recherché (FNR) in Luxembourg, and the European Union.
Dr. Stranges has been involved in the teaching and mentoring of undergraduate, master and doctoral students, as well as clinical fellows and junior doctors for over twenty years.

In January 2020, Dr. Stranges was nominated as Vice-President of the Chronic Disease Section for the European Public Health Association. He is also a Visiting Professor of Epidemiology & Public Health, at Humanitas University, in Italy, as well as Scientific Advisor for the Department of Population Health, at the Luxembourg Institute of Health. He has wide experience with media engagement.