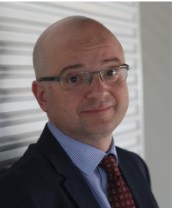 The Usher Institute, The University of Edinburgh,

I graduated from the University of Zagreb Medical School, Croatia, in 1995. I obtained two Masters Degrees – in Anthropology (1997) and Epidemiology (1999); and two PhD degrees, in Public Health (1998) and Genetic Epidemiology (2005). I published 550 research papers, 12 books and 12 book chapters, which have received more than 180,000 citations to date with H-index of 145 (Google Scholar). I received 32 national and international research awards and professional recognitions. I co-led 31 research grants totalling about GBP 41 million. I founded the Croatian Biobank “10001 Dalmatians” (in 2001) in isolated populations of Croatian islands in Dalmatia region, which contributed to the discovery of biomedical role for more than 2,000 human genes. In my international health efforts to reduce global child mortality, I served as a consultant of the World Health Organization (WHO), UNICEF, The Bill and Melinda Gates Foundation, The World Bank, Save the Children and others. I developed the CHNRI method and the EQUIST tool, which have been widely used by international agencies to prioritise investments in global health.

According to the ISI/Thomson Reuters/WoS/Clarivate, I hold the status of “highly cited researcher” from 2015-2021. I received Wellcome Trust's International Research Development Award (2002), “Scientist of the Year” Award from The Croatian Parliament (2005), Visiting Professorship for Senior International Researchers from the Chinese Academy of Sciences (2012), The Chancellor's Award for Research (2012) and the Principal's Medal for Outstanding Service from the University of Edinburgh (2019). I became a Fellow of the Royal Society of Edinburgh (FRSE) in 2016. I was listed among “Croatian Persons of the Year” by the major Croatian newspapers in 2016, 2019 and 2020, and among the “100 most powerful Croatians” each year since 2016, leading in the category of “soft power”.

In 2017, I developed a documentary series “Survival: The Story of Global Health”, seen by more than 100,000 viewers on YouTube and 1.4 million on TV. I published popular science books “The Exact Colour of the Sky” (2017), “Evil Air” (2018), “In the Land of Clans” (2019) and “Awaiting Fires” (2020), all of which both became No. 1 national bestsellers in Croatia and are now being translated to English and other languages. During the COVID-19 pandemic, I was an adviser of the Government of Croatia and health education columnist, followed by up to 3 million people in Eastern Europe. I am both a British and Croatian citizen.